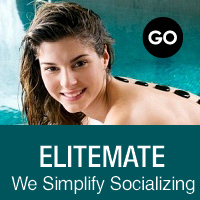 hbfm: > Anyone with discernment and internet would know he was telling the truth, looking silly never helps, but how many IGNORANT people BOTHER to think, why is he shouting?

rk: He is shouting because he is a bully. He uses force to intimidate and will not allow anyone with a grasp of truth on his show. He uses callers to launch his opinions, no more no less Listen to the sound file and other You Tube recordings of his banning me from his show on false pretenses, followed by a faux apology and psychological buildup of himself. Alex Jones is a first Class Phony.

hbfm: > Thanks for your response, I am very hard of hearing so I had to get others to listen to the recording, a transcript may be helpful on the video of what is said… however, I understand where you are coming from, but I do believe that this example is a poor one to back up your argument. Alex actually sounds quite reasonable and controlled in your example… That isn’t really an example of Alex ‘bullying’ somebody really… There are many more instances you could have chosen but I see how this one is personal.

hbfm: > I have been on radio shows too, interviews and phone ins, I have been cut off too on phone in’s in far more aggressive ways than your example. People like George Galloway, James Whale, Alan Beswick going back a long way… (British presenters) Alex was kind here…

hbfm: > The faux apology you refer to was a demonstration of a reasonable man in my opinion. I don’t always agree with 100% Alex Jones opinion, but I cannot think of an example right now (and don’t really need any) of something he said that wasn’t true, I am not an avid fan, but having done many years of research on the way the world is and finding Alex Jones to be pointing out what was obvious to me anyway, I know that the majority of what he says IS true, IS worth getting angry about and IS worth shouting about… I think you are seeing his apology personally to you… when actually it may or may not be about your situation… I may see if I can find the whole show and get the whole thing in perspective… Love Peace and Respect

hbfm: > I understand. And I do have to agree with you to a certain extent. I wish I had known of Alex in his first year, to have seen (Heard really) how he composed himself at that time, do you recall? Was he softer spoken back then? His energy May truly be that of “the antithesis of an enlightened man.” but his intellect, memory and knowledge cannot be described as that. I do wonder if the rabble rouser aspect is from certain things or whether he always had that attitude…

hbfm: > “bullhorning his way when simple truth cannot make its way through the satanic conditioning of sheeple.” (I did say earlier “looking silly never helps”) Is the bullhorning effective in anyway? I am sure it is, and from the little I have learned about yourself, I would have thought getting through the “satanic conditioning of sheeple” would be something you would support. I respect people that come across as humble, although softly spoken can be annoying on a personal level because of my hearing problems and Jones Never leaves me uncertain as to his words or meanings unlike other commentators.

hbfm: > I was just about to write to you here when I got your notification, I wanted to ask you what date the radio show was if you don’t mind…was it late December or the 1st of January? If it was a few days and you cannot remember exactly, do you remember his topics or guests of that show?

hbfm: > Thank you once again for the communication..

rk: HummingBird, I was not speaking of the one incident of my being banned only, but was making an overall observation of alex jones that cannot be argued. His energy is the antithesis of an enlightened man. It is rather that of a rabble rouser, one who keys negative emotions by working a crowd into a mob, bullhorning his way when simple truth cannot make its way through the satanic conditioning of sheeple. He could well be likened to those inciters who worked the crowd at Jesus’ lynching. He has his place in the world of ignoramuses. Raymond Karczewski

hbfm: > Also, what is he ignorant of? isn’t it the ignorant he is trying to reach?

hbfm: > I do understand and I am here for the debate/conversation with an intelligent man…But doesn’t evil triumph when good men do nothing?

hbfm: > the triumph of evil is that good men do nothing. Apparently Edmund Burke said this, I do not like nor condone anything that Burke says really, but this is apt right now, Thomas Paine on the other hand, Yes I condone almost everything he says…

hbfm: > Jones acts and Reacts, and so do we all, if we allow our instincts of nature to enable us.

rk: HummingBird N FreeMan You’ll just have to debate someone else. Men of Truth do not debate for there is nothing to debate in truth. There is only “WHAT IS” which is self-evident. Debate is found only in the Satanic Idea of Truth, and there you will find many ignoramuses who hold themselves to be enlightened for you to debate.

rk: If one studies my stand facing the Oregon and Josephine Courts down, they will find that all I did was BOYCOTT, BOYCOTT, BOYCOTT, their unlawful behavior. They could not elicit any consent to their tyranny. They held my body imprisoned, but they could never touch or incite my spirit. It was such spiritual stance which stymied the Satanic courts. When the people come to understand the spiritual power within them, this satanic ruled world will come to an end. SUCH IS THE EFFECTIVENESS OF BOYCOTT, BOYCOTT, BOYCOTT.

hbfm: > So Raymond, why are you arguing against “What is” with Alex Jones?

rk: Why are you “picking a fight?” I have no problem with Alex Jones or any other Ignoramus who cannot see Truth when it stares them in the face. My messages are Truth. One can take it or leave it. The only one who is affected by such action is them.

hbfm: > I am not picking a fight, I explained my intentions earlier, if you do not believe me, fine. Please do not project what you think onto my intentions. I am reading all about you at the moment, it seems that you have written most of it so far!

rk: Hummingbird, you are a clever man, but cleverness is effective only in the realm of ignorance. Raymond Karczewski

hbfm: > haha… how so? Only? People often suggest I am clever, but only in the respect of their view. I often take it as a compliment but I also often correct them.. In MY humble opinionI can only be ‘clever’ If I know about something… but then, it depends on what definition you determine clever to have, same as ignoramous, (those who do not know)

rk: Hummingbird, you and all else who read these exchanges are privvy to a communication they are not geared toward. Truth can only be gained by Direct Perception, Insight, Divine Awareness. Intellectual cogitation such as that which you are attempting to entice me with, is Satanic argument/debate, despite what appearances it may take. That is why I tell all they MAY TAKE IT OR LEAVE IT. One cannot make the blind see, unless the blind are ready to see. Raymond Karczewski

hbfm: > I just checked, the american definition of clever is so different so very different to the English….

hbfm: > Raymond… Your judgement is one of bigotry, I thought you were the truth?

hbfm: > HummingBird is my female partner. You are speaking to FreeMan now and have been constantly…

hbfm: > I think it is unfortunate that you are being hypocritical here, I am not insulting you, I am seeing contradictions here that are not inline with the things you are writing elsewhere, I have ignored the blatant prejudice against you elsewhere on the internet, I do TRULY, agree with a large amount of the things you are writing and being someone that detests all prejudice and discrimination, I am trying to have a fair communication with you, but your judgement is “Truth can only be gained by Direct Perception, Insight, Divine Awareness.”

hbfm: > Do you have a monopoly on this? Is it possible that others can have these qualities? Unfortunately for me and obviously very many others you deem us unworthy. So we don’t get a fair hearing, You claim jurisdiction over my sentient being to make these judgements. You are mistaken, there is a lot of the the things you have written that you are not mistaken about, but here today, you are mistaken.

rk: I have, but one more thing to say. It may clarify things, it may not. The reason you are not connecting with the direct perception of Truth. that is seeing Truth as it unfolds in the moment, is that you are adept at intellectual bantering with other aftermoment based (dead) intellects and are therefore, by your own consent, a servant of your own Satanic Intellect, not master of it.

rk: I am not singling you out. I am pointing to the absolute fact that all fallen men are subject to their intellects until they awaken from their Satanic Spell which binds them as slaves to mind controllers. It is called being “worldly.”

fm: > Thank you for ALL your intellectual thought Raymond, I have lots of Love Peace and Respect in my life and as always I am able to offer that to you.

rk: Freeman, as you well note, there is nothing personal in my comments to you. For you are an example of one who is seen as an intelligent man of Intellect. I am merely pointing out the truth that ALL CIVILIZED MEN are IGNORANT of Truth, and SLAVES to the IDEA OF TRUTH. I POINT to the CHRIST WAY, while you attack your own ideas of Truth and the Christ way.

Adam Jericho > so what is the truth? how does someone find it?

rk: I have spent 18 years on the internet defining Truth and yet the satanic spell holds. The problem is that it is not difficult, but that it is too simple.

rk: BE QUIET, OBSERVE WITH A SILENCED CONSCIOUSNESS, BEREFT OF A CHATTERING, JUDGEMENTAL INTELLECT.

rk: DIE TO THE INTELLECT AND BE REBORN OF THE SPIRIT OF DIRECT PERCEPTION, INSIGHT, AWARENESS OF TRUTH. In other words, MEDITATE.

Watch my You-Tube Videos at:
http://www.arkenterprises.com/index.html#List

The Sovereign Way To Change Your Life is a participant in the Amazon Services LLC Associates Program, an affiliate advertising program designed to provide a means for sites to earn advertising fees by advertising and linking to Amazon.ca, Amazon.co.uk, Amazon.com.